Tour de Yorkshire 2017: Bouhanni suffers concussion after a crash during the final stage 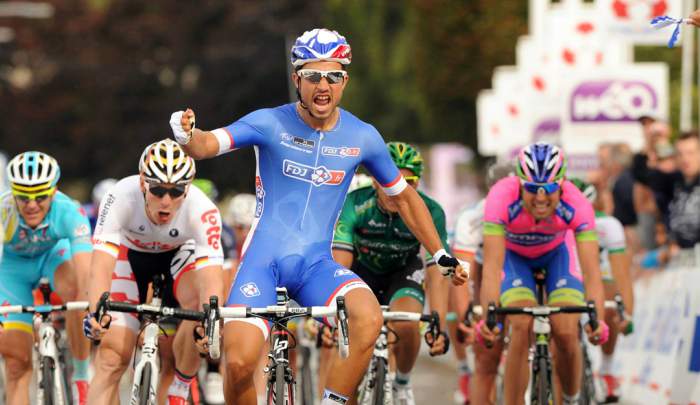 The last stage of Tour de Yorkshire wasn’t as Nacer Bouhanni expected it. French cyclist was involved in a strong and dangerous crash where he was badly concussed during the final stage of the tour.

According to his team, the 26-year old after the crash on Sunday, returned home where he will get all the necessary medical attention.

Nacer Bouhanni was able to win the second stage of Tour de Yorkshire. This was the reason he had his hopes quite high for the following, last stage too.

According to a Facebook post from the official Cofidis team profile, they confirmed that Bouhanni had avoided any broken bones but had received concussion from the incident and was still suffering with headaches.

His crash was just too strong. That is why his teammates fear he might need to take some resting time to fully recover.  When the crash happened, he was left unconscious. Fortunately, he regains it back at the ambulance, according to his colleagues.

Author Edisa CollakuPosted on May 3, 2017Categories Cycling, News & StoriesTags Bouhanni crashes, breaking cycling news, cycling latest news, cycling news, Cycling Tour 2017, Nacer Bouhanni, Road race bike crash, Tour de Yorkshire
Would you like to write with us? got some interesting stories and experiences you would like to share? please email them to [email protected]