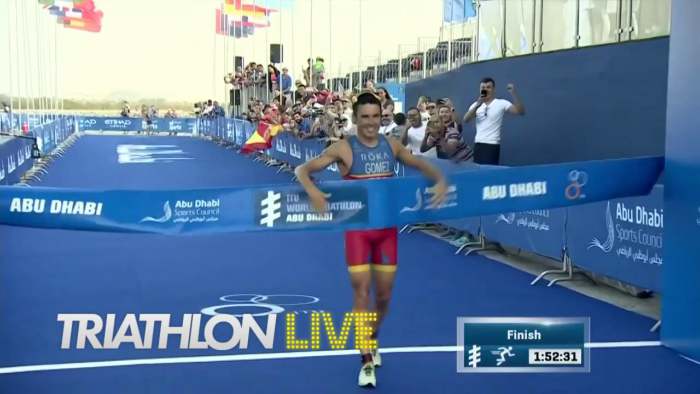 ITU has officially confirmed the dates for WTS Abu Dhabi and also WTS Yokohama for next year’s season.

It is expected the season to head over to the United Arab Emirates once again and start with the ITU’s Triathlon Series. The WTS Abu Dhabi is expected to take place on March 2 and 3, while the WTS Yokohama on 12 and 13 May next year.

This is the fourth time the World Triathlon Series will start in Abu Dhabi. ITU president and also IOC Member, Marisol Casado, during an interview, added: “We are thrilled to come back to UAE again, as is the perfect fit for the ITU World Triathlon Abu Dhabi and the magnificent venue will build on the competition’s success by helping us accommodate larger numbers in line with our objectives for this event.”

After two months since the start of next year’s season, world’s best triathletes will then have to travel to Japan to perform at the WTS Yokohama.  Casado admitted Yokohama to be one of the most amazing venues on ITU’s series.

According to her, the famous city has already proved to love triathlons. The Yokohama’s people know how to show love every time they go there. “We are thrilled to welcome them on our circuit once more, like they’ve been doing consistently since 2011”, said Casado.

Great news has to do with the fact ITU has already announced the official dates of the Grand Final. It will take place in the Gold Coast in September and will last four days.

Author Edisa CollakuPosted on July 15, 2017July 15, 2017Categories News & Stories, TriathlonTags ITU news, triathlon latest news, Triathlon news, WTS Abu Dhabi, WTS Abu Dhabi news, WTS news, WTS Yokohama
Would you like to write with us? got some interesting stories and experiences you would like to share? please email them to [email protected]