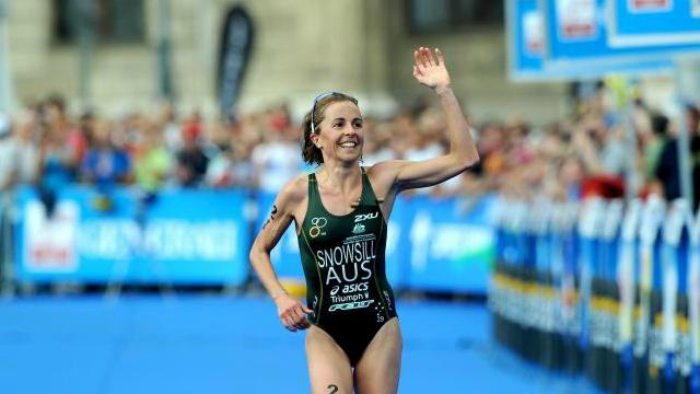 Great news in the Triathlon world; the legend Emma Frodeno is planning her comeback to this sport. Unfortunately, she isn’t planning to make her magic again and bring her country’s glory back. But, she will commit herself to help and contribute to the next generation of Triathlon stars.

Triathlon Australia’s star has expressed her desire to become an official coach/mentor to her country’s elite triathletes. She truly hopes her contribution to the next generation of triathlon champions will be worth it.

For years representing the gold coast, Emma Frodeno is a Commonwealth and also Olympic gold medalist. She is a three-time world champion as well in this sport. Today, being 35 years old, Frodeno wants to give her honest contribution in creating a new generation of champions and return the popularity and glory to her country, well-known for giving to the world an elite generation of champions in Triathlon.

She admitted to feel the need to help and chase the opportunity to involve herself more with the up and comers and help their way to success. She added that she is currently looking for a position in the mentoring role and make new triathletes get to know certain challenges this sports can bring before they damage their success.

Love sharing our experiences with the next generation. #LookingForTheNextChampion https://t.co/LKmzdRFpYb

“That’s something we are in discussions about now and how to make that as accessible for them as possible. Coaching is not something I’m particularly interested in.  I’m really more looking at helping them to see what they need to put in place. It’s more that mental aspect I enjoy. I’d love to see our Aussies really taking on the world stage again.”- Frodeno added.

Back on April 8, Emma was in the list of greatest athletes in Australia, to the country’s newest suits on the Gold Coast leg in the ITU World Triathlon series show. Earlier this month, in April 9, the legend was officially accepted into the country’s Hall of Fame.