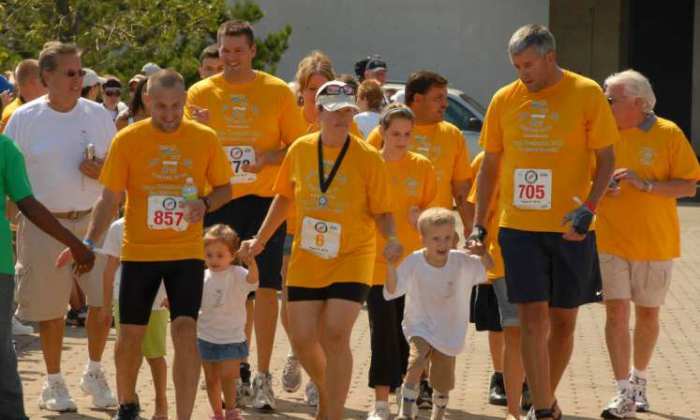 Cleveland, July 2017 – Yesterday, it was a family from Cleveland that reached a milestone in their personal challenge with the Cerebral Palsy condition. Both Diane and Matt Cox, the parents of Ben, felt prouder than ever after seeing their son walk over the finish line of the yesterday’s triathlon competition.

It was the 31st annual Cleveland Triathlon the one that welcomed Ben, 13. He had the chance to prove the hard work and determination through succeeding in this tough journey.

After walking for one and a half mile, Ben seemed to be extremely proud of himself! He involuntarily made people all around him to burst into tears.

“This is the first time that he’s walked here on his own. We’ve done a shorter thing with him but this is the longest he’s ever gone,” Ben’s mother told News 5 in an interview after the race.

After being born with a rare heart defect, Ben had to undergo 14 difficult surgeries which lead him in the today’s physical condition. He has also been working with the United Cerebral Palsy of Greater Cleveland for many years now. It seems the therapy has finally brought the desired results. He is now able to walk on his own and also go up the stairs.

Ben’s team; Team Benjamin, was just one of the many other families competing in the Sunday’s race. It included swimming, biking and also running with the main intention to contribute and help raise money for UCP.

“Our lives have been changed because of it and this event is a celebration of all the families who have that same experience we do,” Ben Cox said.

In total, this year’s Cleveland Triathlon welcomed around 800 triathletes. They all competed in this highly demanding race proving once again how important these challenges are not only for building a career as a triathlete, but also in supporting causes that mean everything to many people.