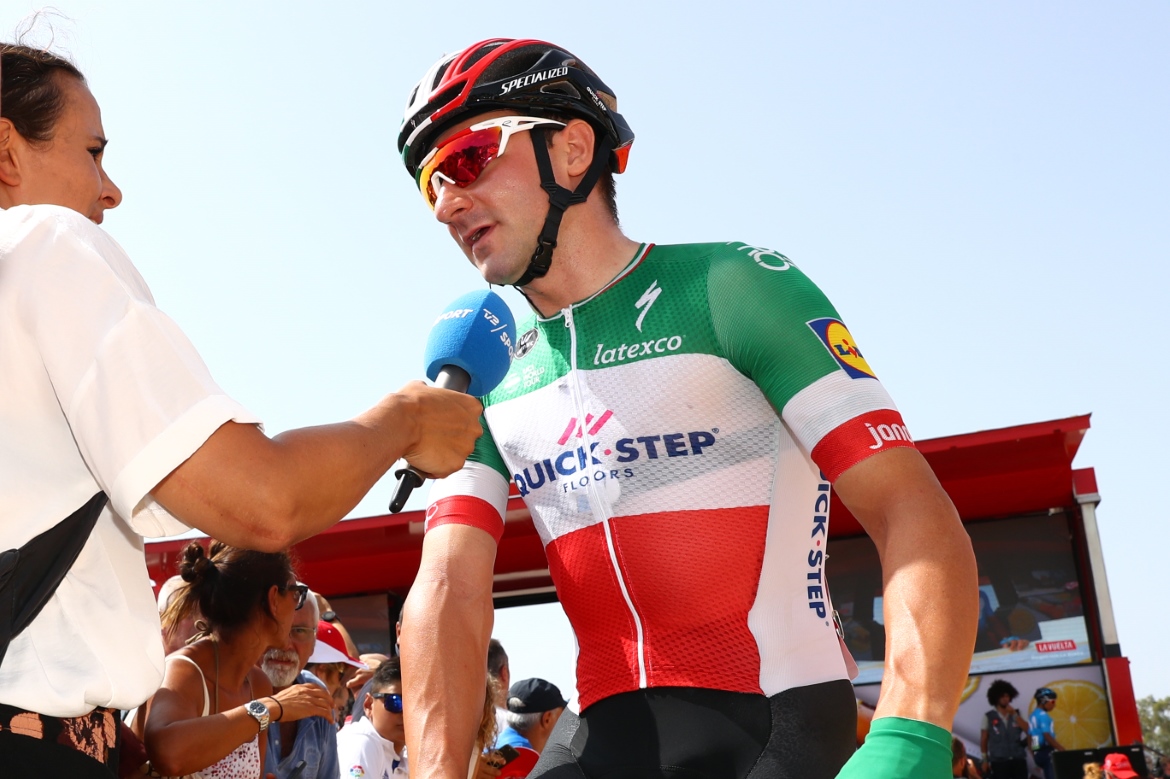 Third place went to Bora-Hansgrohe’s Peter Sagan who finished just behind Nizzolo during an intense finish of the stage.

On the other hand, Team Sky’s Michal Kwiatkowski, despite not finishing in the top-three bunch, was still able to keep his red jersey.

“It was beautiful. I have no words, again, for the team. Being the strongest is difficult because nobody helps to pull. It was just Sky working until the end of the big climb. We used Pieter Serry and the young Kasper Asgreen really to pull all day,” Viviani said during a port-race interview.

“It’s difficult to control a stage like this but we wanted it, and every time we commit like that, 90 per cent of the time we are in one line controlling. That’s being a team. All day we go for one goal.

Yesterday we were close with Laurens De Plus, and today we were much focused. We didn’t know if we would win or not, because with 3000m of elevation gain it’s not an easy sprint, but the Vuelta is always like that. I’m really happy. This wonderful season continues.”