Triathlon coach dies during a 77.7 mile race in NY 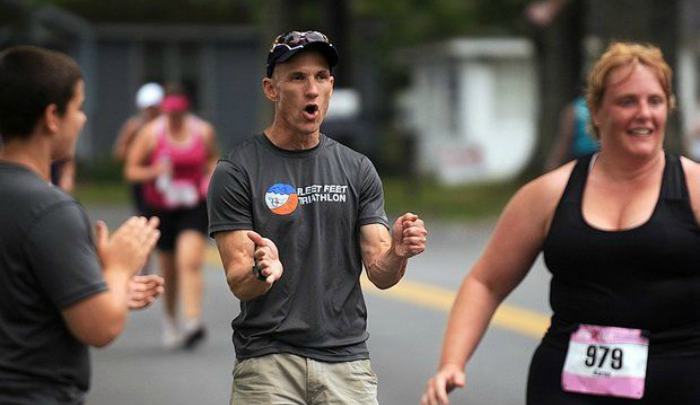 A triathlon coach has lost his life  during a 77.7 mile race in NY

According to the race organizers of a 77.7 mile relay in Seneca Lake, a triathlon trainer has lost his life during the event while participating in the race.

Unfortunately, all the other participants and medical experts were unable to help Jackson, the triathlon trainer, and couldn’t save him despite the immediate help he received. According to the event organizers, he suffered from a medical emergency and diet within minutes.

Jackson was a well-known triathlon coach at Fleet Feet Sports Syrancuse and he was expert in training triathletes in their beginner and intermediate stage. Also, he coached different winter triathlon programs and had more than 30 years of coaching experience.

The Seneca7 race is a running competition which involves many seven-member teams that run around Seneca Lake. This event receives many participants. This year, it received 328 seven-member teams participating for the first place involving different groups of age.

It begins and also ends in Geneva. It starts in northern part of the Seneca Lake, located 35 miles southeast of Rochester.

For further information on the triathlon relay please click

Author Edisa CollakuPosted on May 4, 2017August 13, 2018Categories News & Stories, TriathlonTags 77.7 mile relay, Triathlon coach, triathlon coach dies, triathlon latest news, Triathlon news, triathlon trainer dies during race
Would you like to write with us? got some interesting stories and experiences you would like to share? please email them to [email protected]