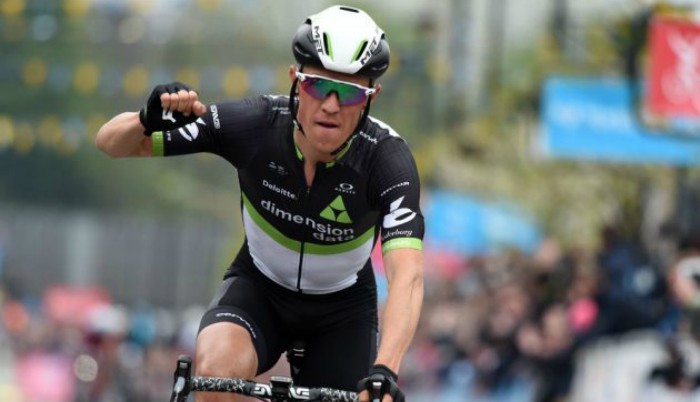 Pauwels opened up a lead of more than 30 seconds on the Cote de Ewden Height and stayed steel as the other cyclists came back at him on the final climb of stage out of Midhopestones.

What a beautiful moment this was for our African Team, 1-2 at the @letouryorkshire!

After his teammate was placed in the second place, came Jonathan Hivert from Direct-Energie team and then, in the fourth place was Berent Bookwalker from BMC team. Tao Geoghegan Hart was able to make his debut for his Team Sky in the fifth place.

The finish line was certainly not easy to be crossed especially after passing eight categorized climbs and also, more than 3,700m of ascending.

Pauwels, when speaking after his victory, added: “The team was incredibly good today. The guys looked after us so well and controlled the race all day, it was then up to Omar and myself to be up there in the final. I had to pick my moment carefully and then when I went, Omar and Jacques did a fantastic job behind me.”

Super nice feeling to finish off the work of my teammates of @TeamDiData. Very happy with the victory @letouryorkshire! #BicyclesChangeLives pic.twitter.com/432CgGuF0y

He then added: “Omar then came across to me in the final kilometre. He has been a fantastic roommate to me this week and he is great guy. Basically, he gave me the victory today which makes him a great person. I didn’t know at the time how much work he was doing for me because when I got the gap my sports director, Roger Hammond, told me I was not allowed to look behind me one more time.”

Pauwels also admitted that for the last 10 km he thought the part as a time trial. It was only in the last kilometer when he was first able to see a wheel next to his bike. The fear they had caught him did only disappear when he realized the other man was his teammate Omar.

Author Edisa CollakuPosted on May 1, 2017Categories Cycling, News & StoriesTags Cycling 2017, cycling latest news, cycling news, Cycling Tour, Omar Fraile, Serge Baguet cyclist, Serge Pauwels, Tour de Yorkshire, Tour de Yorkshire 2017 final results
Would you like to write with us? got some interesting stories and experiences you would like to share? please email them to [email protected]