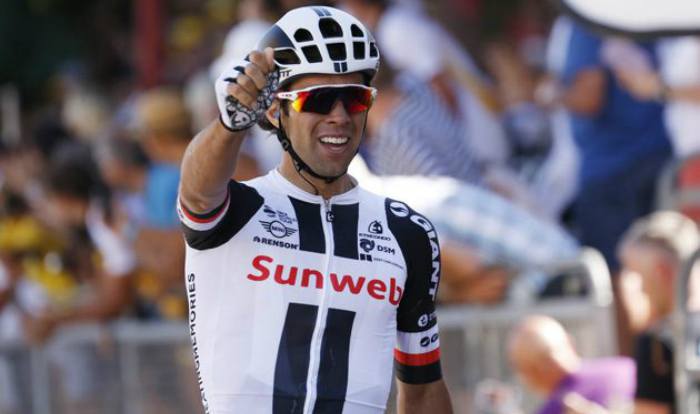 Today’s stage of the Tour de France brought a hectic, yet interesting race which kept Froome in the same, leading position as Sunweb’s Michael Matthews took his second stage victory as his team had to work really hard to keep the holder of green jersey, Marcel Kittel out of conflict.

Today’s 165-km stage held a lot of tension and excitement especially during the last part as crosswinds split the peloton right before Michael Matthews held off Hagen.

Transition stage? Sunweb and Sky didn’t agree with that! Take a look at the full summary of stage 16! #TDF2017 pic.twitter.com/VGwJRZ3ysM

Currently speaking, Froome leads the competition by 18 seconds over Italian Fabio Aru and there are only five stages left until the final day of the Tour.