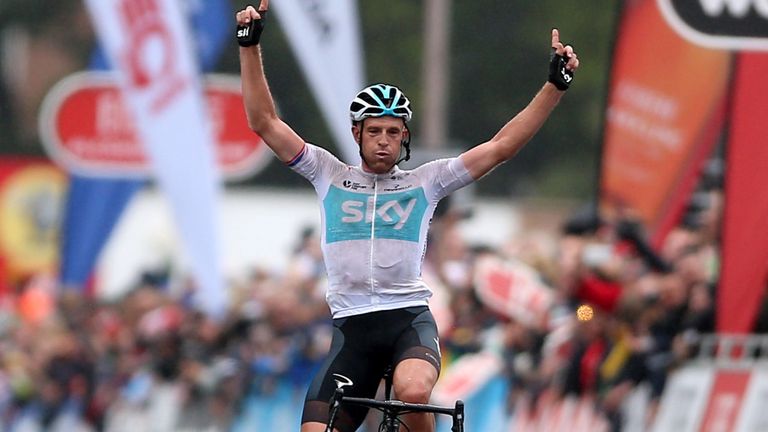 Britain’s Ian Stannard has just produced one of his best cycling performances so far by riding towards the finish line of the penultimate stage of this season’s Tour of Britain which took placeyesterday.

Team Sky’s Stannard, 31, was able to ride a solo stage after the 16th kilometer after escaping from a breakaway group finishing almost one minute ahead of Nils Politt from Germany and three minutes and 9 seconds ahead of Italian’s Giovanni Carboni who took third place.

REPORT/REACTION: “Once I got in the break I was pretty confident”

Ian Stannard put in an attacking masterclass to claim a memorable solo victory on stage seven at #OVOToB??

“When I got into the break today I was pretty confident. I looked at the other guys, how they were riding all day and I knew that I had the edge,” said Stannard.

Fourth place went to fellow rider Mark McNally while Julian Alaphilippe from France was able to keep his overall lead with a 17 second advantage from second place overall Wout Poels.

Saturday’s 215-kilometer stage from West Bridgford to Mansfield saw Politt taking advantage from a demanding route to finish a clear first place but was soon dropped by Stannard while 16 kilometers until the finishing line.