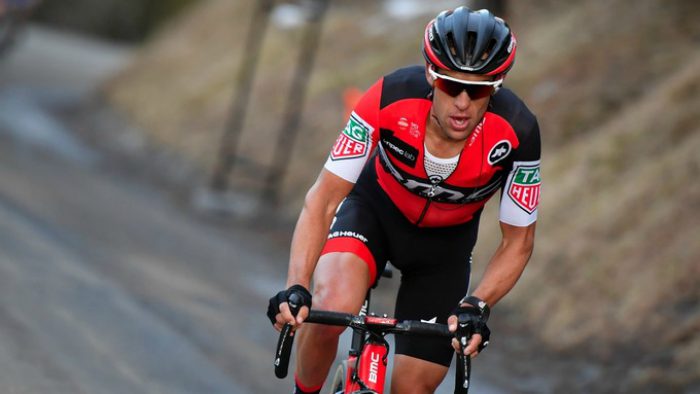 BMC rider Richie Porte has finally spoken about his near-future plans and where will we see him compete in the following months of this season after finally recovering from the harsh crash during last month’s Tour de France.

Porte had to abandon the biggest event of the year on stage nine after breaking his collarbone on July 15. Porte has been recovering in Monaco since the crash and is now looking forward to his next major plans of the season.

Speaking with journalists in a conference call a day ago, Porte admitted that his next step was going to be Vuelta a Espana, the third biggest Grand Tour in the world after Tour de France and Giro d’Italia.

“I’ll find out where I’m at during the Vuelta like a lot of guys. The Vuelta is not the race to ride unless you’re 100 per cent motivated. It’s hard. I last rode the Vuelta in 2012 and I got an absolute kicking,” Porte said.

“It’s like that last chance saloon; there are guys looking for contracts, guys who are absolutely flying. People said it’s the most relaxed of the Grand Tours, with an organized gruppetto. But I was out the back at 14km into a stage and there was no organized gruppetto.

“I don’t know where my form will be but that’s a nice goal to go to the Vuelta and try to see how it goes.”

Heading for the Worlds as well

According to Porte, the next major event is the World Championships in Innsbruck, AU.

“The biggest goal is worlds now,” said Porte. “A couple of days after the crash, it was nice to get a message from Brad McGee, the Aussie national team selector. He put that thought in my head and that motivated me to get my act together to get back before the season is out.”

“I think there are 10 days between the Vuelta and the time trial,” said Porte, “so hopefully that’s enough time to get some recovery and check out the courses.”

“The time trial is something like 52km, that’s a long one. But I’ll have a go at it. I think the road race course is good for me, it’s not one you often see one so tough like that.”