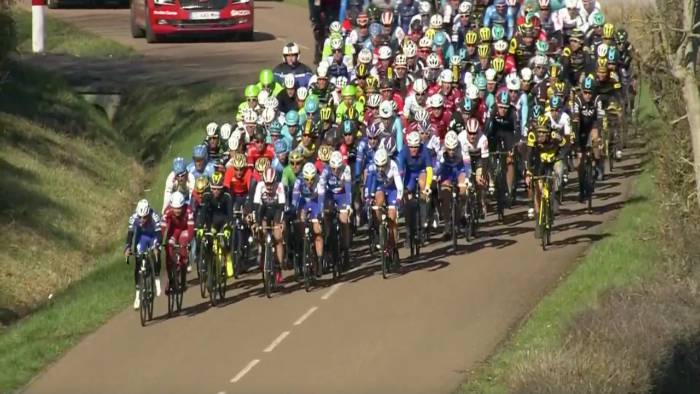 Even though the weather conditions were calmer and less chaotic when compared with the first two stages, stage three of Paris-Nice, 2017 still delivered us an unexpected surprise.

Sam Bennett, the Irish sprinter form the Bora-Hansgrohe team, out-paced many top sprint names and took the victory which was totally deserved. The victory of the 26-years old printer that was taken in Chalon-sur-Saone, was the Sam’s biggest win to date!

One of the best videos you’ll see from today’s #ParisNice stage! Huge congrats to @alafpolak and the entire team! #WayToRide pic.twitter.com/IvJpyyRu8V

The second place was token by the Tour of Flanders winner Alexander Kristo from the Katusha-Alpecin team. In the meanwhile, Paris-Roubaix winner, sprinter John Degenkolb from Trek Segafredo team, had to settle for the third place. Marcel Kittel form Quick-Step Floors deserved the fourth place of this stage.

It’s great to ride for our little @alafpolak & help him to defend the yellow jersey! 2 days to go for our mission “Yellow in Nice”. ??? https://t.co/XaPQNyoSHS

Paris-Nice 2017 saw a big shake up in the main overall standing as the overnight leader, sprinter Arnaud Demare fell significantly down the general classification with the ultimate stage winner Julian Alaphilipe form the Quick-Step Floor moving in its yellow.

Julian was able to produce on the so-called best rides of his career so far. He was able to clock the fastest time at the Intermediate split at the almost bottom of the final ride climb.

On the other hand, Alberto Contador from Treck-Segafredo took the second place. Even though his time was enough to hold off sprinter Gorka Izagirre from Movistar by only one second, and Tony Gallopin from Lotto-Soudal by even less than one second, he wasn’t able to take the first place.

The start of stage five Paris-Nice 2017, was Andre Greipel from Lotto-Soudal. He was able to use all of his experience and skills to navigate through the difficult and tricky finish part of stage five. He was finally able to win it!

Even though, on the other hand, several of the sprinters’ trains were disrupted on the run-in to Bourg-de-Péage route after a number of roundabouts and turns into a headwind to the line.

Greipel was able to put himself into the perfect position in the sprint finale. He won by only a few seconds ahead of former race leader Arnaud Démare , with Dutch champion Dylan Groenewegen from LottoNL-Jumbo in the third position.

Unfortunately, this stage wasn’t so good for Alaphilippe. He momentarily lost contact with the front group. This, after the peloton split as a result of a crash just inside the final part of this stage.