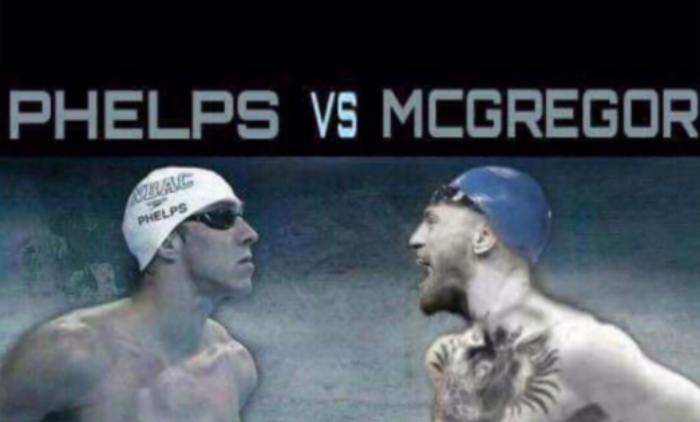 Connor McGregor might have pocked $100 million but the game isn’t over yet; now the Olympic legend, Michael Phelps is challenging the Irishman to come in the water.

Yes, you read that right; McGregor must now challenge himself into the Olympic swimming pools side by side with the swimming legend that has officially asked him to race together.

The 23-time Swimming Gold medalist has posted a direct question on his Twitter account where he has a collection of more than 2.2 million fans.

All of this talk… Should we race as well?? @TheNotoriousMMA pic.twitter.com/l3JoMgb1qT

Phelps is now famous to sporting novelty events such as the one when he’s racing a ‘shark’ as part of a Discovery Channel show earlier this year.

Being only 29, the Dublin native UFC star has admitted to have plenty of fighting years ahead of him adding also his future plans are to get involved in the famous Irish whiskey market with his own tipple called ‘Notorious’. Of course, if the price is right and the offer is made, McGregor could even return back into the boxing ring.

“I’m young, I’m fresh and I’m ready,” McGregor added. “Right now I’m a free agent. I love a good fight and tonight was a good fight. I can’t tell you exactly what’s next but something will be next.”