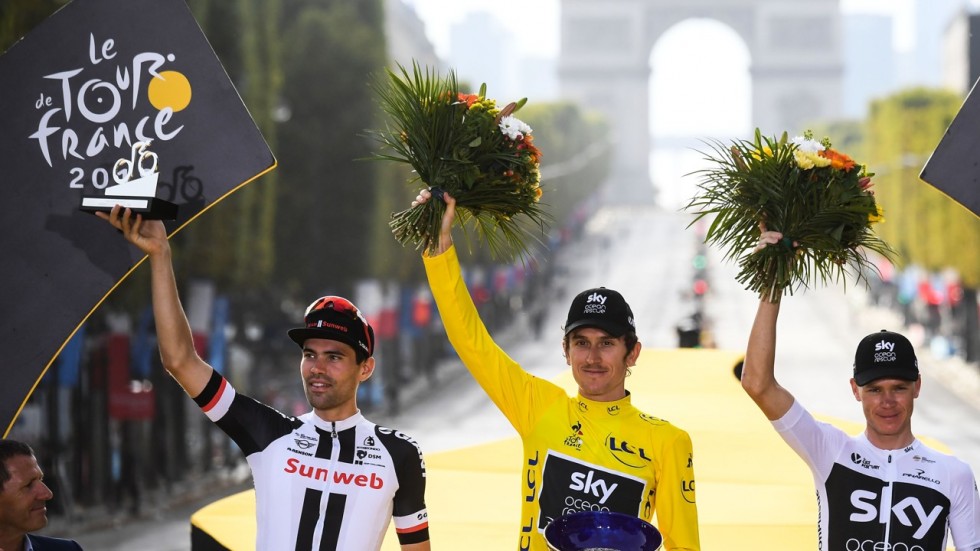 Thomas was able to take the lead and wear the yellow jersey after stage 11. He was able to keep it on until the end holding off some of the Tour’s favourites including his teammate and four-time Tour de France winner Chris Froome.

“It’s like the stuff of dreams. Normally it’s a really hard stage but I seemed to float around today,” Thomas told Sky Sports.

“I was on such a high and I had goosebumps coming on to the Champs Elysees. All the Welsh flags and the support – I’ve won the Tour and how does that happen?

The best yet to come

He admitted this year to be one of his best ones yet and it’s amazed by how things have gone so far for his career and now, it’s time for him to enjoy all the benefits of his hard work.

Wow!!! Unreal, I have no words pic.twitter.com/T4qgpIMenQ

“I really appreciate all the support – it’s been a tough Tour at times but the support has outshone any negativity and that means a lot to all of us.

Alpe d’huez man!!! ?? Wow!! Yesterday was a dream come true, today is just insane. Lost for words. The boys were incredible today and the support is amazing!! Thanks for all your messages and support on the road, means a lot!!? pic.twitter.com/oagM9QkrIL

Talking about Froome, Thomas admitted to feeling very honored to be riding for him and that was extremely happy he was able to join him on the podium after winning third overall. He thanks Froome for the support and for giving him the position of team leader.

“He’s a true gentleman. It could have been awkward with a bit of tension in the team, but there wasn’t any at all. We are honest with each other and he committed to me when he had to. Respect to him for that because it must have been hard having a team-mate getting the plaudits and wearing the [yellow] jersey sat on the bus next to him,” he added.