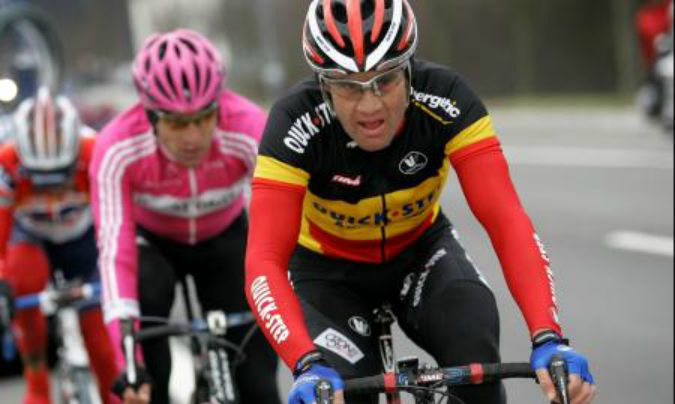 The reason behind his death is colon cancer. He was diagnosed with this disease in late 2014 after experiencing several strong abdominal pains during a bike ride. At the time, the only measure doctors took on him was a surgery on an inflamed diverticulum and later, discovering a malignant tumor.

Unfortunately former Belgian champion Serge Baguet lost the most important race of his life. May he rest in peace #SergeBaguet https://t.co/wS18Z6or8Z

He passed through six rough sessions of chemotherapy. Even though at first, it looked everything was going OK, on an interview for Sporza, he admitted to feel fear and be scared for his life every single day. Despite that, he also admitted to stay hopeful. “I have always been a fighter “– he added.

The disease returned strong in late 2016 and Serge passed away at his home on Thursday morning.

The entire @Lotto_Soudal team wants to offer its sincere condolences to the family and friends of Serge Baguet who died at the age of 47. pic.twitter.com/bUPwzZNqU4

Baguet turned pro in 1991 along with the Lotto Team. He made his comeback again with this team in 2000 ready to enjoy some of the best years of his career.  The glories years started back in 2001 Tour de France. He was able to win stage 17 to Montlucon from a three-man move. He raced also with the Vlaanderen team back in 2002.

RIP Serge Baguet – old teammate at Lotto. Our sincerest condolences to his family and friends.

Again, in 2001 he was able to secure the Druivenkoers Overijse. In 2005, Serge Baguet sealed his successful career winning the road race at the Belgian National Championships, Saint-Hubert.

His final steps were when he switched his team and went with Quick-Step, another big Belgian team, in 2006. In 2007, he retired for good.