Home » Magazine » Running » Are you a runner? Here are the things you hate to do

Are you a runner? Here are the things you hate to do 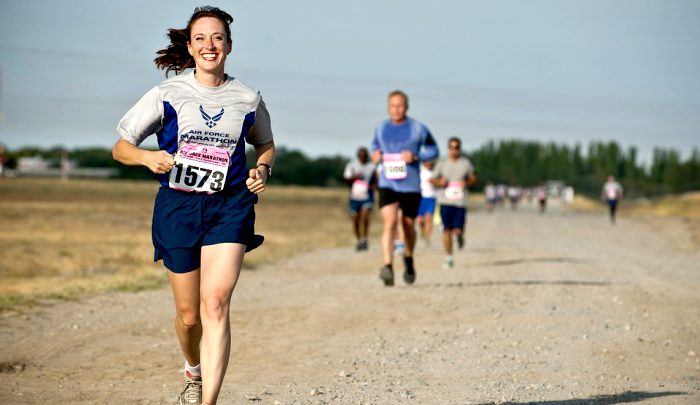 For many athletes, running is not only a hobby but a way of life.  It offers great health benefits, the thrill of competition, and memorable encounters with nature.  But not every part of the sport is sunshine and roses; there are some thing that runners hate to do.  We’ll look specifically at 5 things runners hate to do.

Runners Hate to Ignore the Stopwatch

Athletes today have a wealth of technology at their fingertrips to bring along on their training runs: smartphone training apps, lactate threshold and heart rate monitors, and devices to track their time and mileage.  But all this data may come at a price: sacrificing the simplicity of enjoying a run.  Some days you might not be feeling your best.  Perhaps it’s a windy day, or you are feeling sick or fatigued.  Constant reliance on the stopwatch means that an otherwise enjoyable run can be marred by seeing that your times aren’t as fast as they usually are.  Runners hate to ignore the stopwatch, but sometimes it might be best to leave the watch at home for the sake of enjoying the run.

Runners Hate to Slow Down

This goes hand in hand with obsessing over times; sometimes you need to follow what your body is telling you, even if that means slowing down from a pre-planned pace.  It’s been commented that elite runners know their bodies much better than everyday recreational runners.  Exercise physiology tests have shown that elite athletes give much better estimates of their true effort levels; non-elite runners tend to do too much and misjudge how hard an apparently “easy” effort really is.  They may hate to slow down, but doing so can help you prevent burnout and overuse over time.

Runners are a competitive group, and particularly when it comes to races, runners hate to lose.  After putting in so many miles and hours of training, the last thing you want to see is someone else effortlessly rushing by you in the last few seconds of the race.

But like any negative experience, losing can help motivate you.  Many great competitors and even Olympic-level athletes found their motivation to achieve greater success after they lost.  These losses sent them back to the drawing board to train even harder and push to newfound heights.

Many runners believe that more is better.  If a 10 mile run is good, 15 would be better, and 20 better still.  But this is only true to a certain point; too much training causes injury, fatigue, and burnout.  Your body can still perform well even with less training than normal, but your body cannot perform at all if injured.  Runners may hate to rest, but it is better to make it to the starting line undertrained but in one piece, than not to make it at all.

Runners Hate to Be Unable to Run

Largely because of a failure to respect the rules outlined above, what runners may hate most of all is not being able to run!  Injury is usually a direct consequence of placing too heavy a demand on your body.

When training, you break down muscle tissue; the training benefits occur when you rest, so that your body can rebuild stronger than before to handle the new training load.  If you skip this resting period, injury is almost sure to follow.

Runners may hate to rest, but doing so is the best way to prevent injury and keep you healthy enough to run.

Runners sometimes hate to do what goes against their instincts.  Running is a competitive sport, and a competitor may hate to rest, to slow down, or to scale back the intensity.  But by taking adequate rest and recovery, listening to their bodies, and occasionally eschewing the stopwatches and obsession with hitting paces, runners can preserve themselves from injury, avoid excessive fatigue, and keep themselves on the roads and trails doing what they love to do: running.

Author Edisa CollakuPosted on February 2, 2017February 4, 2017Categories RunningTags be in shape, diet for runners, fitness, lose weight, marathon, physical activity, running, running for beginners, running mistakes
Would you like to write with us? got some interesting stories and experiences you would like to share? please email them to [email protected]