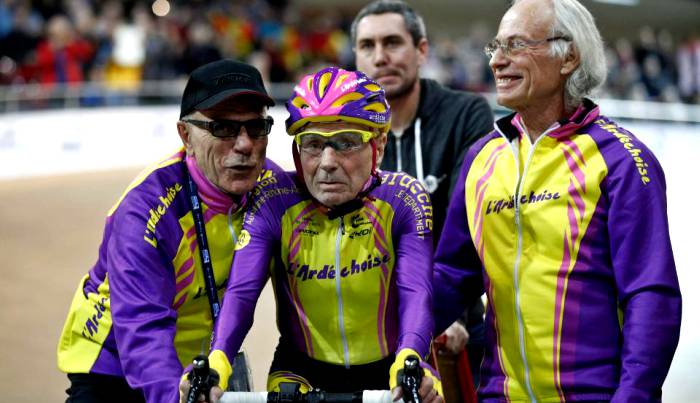 Robert Marchand just broke a world record on his age group by cycling 22.547 kilometers in one hour. As he set the new record, the crowd gave him a standing ovation valuating his hard work and commitment. He peddled at the velodrome complex in Saint Quentin en Yvelines outside Paris.

Marchand was the only participant in the 105-plus category, especially created for these veterans who take cycling very seriously. By biting this new world record, he once again proved to his coach how unbreakable he is. The trainer had told him at a young age that he could never achieve anything on a bike trying to make him give up cycling.

Only three years ago, he was able to break another record at the same venue when participating at over-100 category. Marchand was able to cover 26.927 kilometers in one hour.

A physiology expert, who has been studying Marchand activity and lifestyle for many years now, admitted that his achievements were the product of his exercises and healthy lifestyle. He also added that exercise is a major factor of youth.

Following a personalized exercise regime and having a healthy lifestyle means there is hope in everything at every age. Robert Marchand is the living proof of this life “rule”.

Author Edisa CollakuPosted on January 5, 2017January 5, 2017Categories Cycling, News & StoriesTags 105 years old, bike, cycle, cycling, cycling record, Robert Marchand
Would you like to write with us? got some interesting stories and experiences you would like to share? please email them to [email protected]